WINNER OF THE INTERNATIONAL MUSIC PRIZE FOR EXCELLENCE IN COMPOSITION 2009 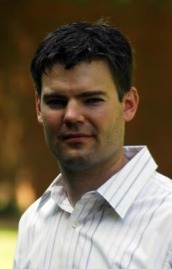 Dan Cavanagh
Dan Cavanagh is the Assistant Director of Jazz Studies and an Assistant Professor of Music at the University of Texas at Arlington. He is an Honorary Fellow of the National Academy of Music, and was named a Prizewinner in the 2009 International Music Prize for Excellence in Composition. He has garnered numerous awards for his jazz compositions, including a 2006 First Music Commission from the New York Youth Symphony Jazz Band Classic program, Featured Performance at the 2006 International Jazz Composers’ Symposium, Honorable Mention in the 2007 Gil Evans/IAJE Commission Competition, Finalist in the 2002, 2005, and 2007 ASCAP Young Jazz Composers competitions, and ASCAPLUS awards each year since 2003. His music continues to be performed across the country and internationally, and he has received commissions from a wide range of groups across North America, including bassist John Brown, trumpeter John Adler, Virginia Tech University, Simpson College (Iowa), the New Mexico All-State Jazz Ensemble, the Nova Jazz Orchestra (Minnesota), the Westwinds Jazz Orchestra (Calgary, AB), The University of Oregon, the University of Texas at Arlington, Grammy-winning drummer and leader Joe McCarthy, the Fort Worth Jazz Orchestra led by Adonis Rose, and various high school and middle schools. Cavanagh has been commissioned by Documentary Arts, Inc. to compose music for its upcoming documentary film, The Beat Hotel. His music for big band is published by Walrus Music and UNC Jazz Press.

In November 2008, the Jazz Emporium Big Band, led by Cavanagh, released an album entitled Pulse, consisting of eight of Cavanagh’s original charts. The Jazz Emporium Big Band is made up of the finest jazz musicians from around the country, and the recording has received significant radio play since its release on OA2 Records. Several other groups around the country have recorded his music, including John Adler (Confronting Inertia, Origin Classical, 2009); the University of Northern Iowa Jazz Band One, directed by Chris Merz (Strange Wonderful, 2009); the Nova Jazz Orchestra (A Time of Reckoning, 2009, In a Lucid Moment, 2007, Hard Room, 2005, NJO Records), and the University of Texas at Arlington Jazz Orchestra (Caravan of Cool, 2009, Legacy, 2006). Recordings by the John Brown Jazz Orchestra (Setting Standards) and the US Naval Academy Next Wave Big Band (Just Getting Started) are due to be released in 2010.

Cavanagh has performed with (as pianist) and composes for the Fort Worth Jazz Orchestra, led by drummer Adonis Rose. He leads a piano trio, complemented by bassist Brian Mulholland and drummer Jaime Reyes, and a sextet called “Outburst”. In June 2008, he was one of three pianist/composers nationwide invited to participate in the Steans Institute for Young Artists Jazz Program, a component of the Ravinia Music Festival held outside Chicago. He has performed with leading jazz figures Terrell Stafford, Jon Irabagon, Jeff Coffin, Jason Marsalis, the Adonis Rose Quintet, Remy Le Boeuf, Linda Oh, the Fort Worth Jazz Orchestra, John Riley, Grammy-winners Joe McCarthy and Irma Thomas, among others.

He received a Master's of Music degree in Jazz Studies/Composition from the University of Oregon, and was awarded the Outstanding Graduate Student in Jazz Studies award upon graduation. While there, he studied jazz composition with Steve Owen and jazz piano with Randy Porter and Toby Koenigsberg. Prior to graduate school, he worked for MakeMusic!, Inc, makers of Finale notation software. He received his undergraduate degree in Theory/Composition from St. Olaf College, where he studied jazz with Dave Hagedorn and theory/composition with Timothy Mahr, Mary Ellen Childs, Peter Hamlin, and Charles Forsberg.  For more information, visit www.dancavanagh.com.

The copyright of this work rests with the composer and no quotation from it or information derived from it may be published without the prior written consent of the composer.

Fair Use of this Copyrighted Work

Fair use is a doctrine in United States copyright law that allows limited use of this copyrighted work without requiring permission from the copyright holder, such as for criticism, comment, news reporting, teaching (including multiple copies for classroom use), scholarship or research. Whenever such a copy is made it must bear on the first page of the music the copyright line which appears at the beginning of the work.

For more information on fair use please visit the US Copyright Office.